For 16 centuries, Xian stood as the crossroads of the world in trade and taste. Today, this leaves behind an amazing food culture to explore on this tuktuk serviced tour to try at least 10 dishes. Enjoy unlimited food, beer, and soft drinks zipping through millenia-old alleyways, hidden sections of the Muslim quarter, and ancient city gates to get a true taste of the Silk Road on TripAdvisors’s #1 Rated Food Experience in the World.

In the 2nd Century BC, China was unified by the first emperor of China. He built his capital and Terracotta Army in Xian, piggybacking on old trade towns from Alexander the Great’s empire to create the Silk Road. This leaves a delicious legacy; the kaleidoscope of flavors found in Shaanxi cuisine is just as diverse and varied as the people who have walked its ancient roads.

As the prized end for travelers along the Silk Road, and deep within the heart of China, Xian is a city of intersection between North and South, East and West. Because of this, Xian and its Shaanxi cuisine is able to elaborate the use of ordinary materials, and is best known for its noodles and lamb/mutton dishes due to its Muslim population. It makes heavy use of strong and complex flavors with an emphasis on savory flavors such as salt, garlic, cumin and chili. Come and see this ancient cuisine that has been overlooked for far too long, and get a true taste of the past. 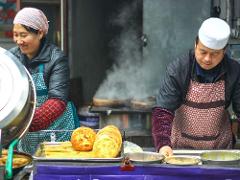 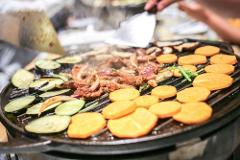 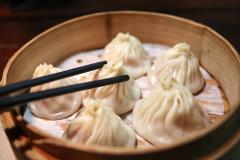